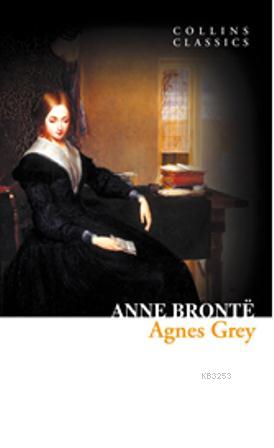 I have been intrigued by this book for ever since I read what it was about: the story of a young girl as she tries to make a living in a society that only gave women two choices: be someone’s wife or work as a governess. Anne Brontë published this book in 1847, at the same time that her sisters Charlotte and Emily published Jane Eyre and Wuthering Heights. While Jane Eyre became extremely famous and Wuthering Heights was harshly criticized, Anne’s work was somehow ignored.  The year in which the story takes places is not clear, nor is the setting, for the author chooses not to write the names of the villages, except for London, and she writes only capital letters such as O- or A-, for example. However, it is quite clear that the story is set somewhere in the Yorkshire county, like the stories written by Anne’s sisters.

When the father of the Grey family makes an investment that goes terribly wrong, the family finds itself in a bad situation, with lots of debts and a not-so-good future for their daughters. The youngest of them, Agnes, is positive about her abilities and decides to seek work as a governess. She starts working for the Bloomfields, whose children are completely wild, reckless and impossible to tame. Her work as a governess is always difficult due to the parents’ lack of interest in their children’s education and also because of their refusal of giving Agnes any kind of authority over their children. Later, she works for another family, the Murrays. The Murray children are a bit better than the previous ones but they are still a bit difficult and though having managed to improve their education a little, she is not entirely successful in her task. Despite all the loneliness and neglect that Agnes faces in the story, she finally gets her happy ending.

Agnes is a very young woman, quite optimistic, and stronger than her family believes. She is not too flawed and maybe that’s part of the reason why it is a bit difficult to empathize with her at first, but nevertheless readers will still care for her. It is quite easy to relate to her and her struggle, especially when she falls in love with another character and she finds herself doubting if she should held hopes that her love will be returned or not. The first children in her charge are absolutely despicable, whereas the latter, the Murrays, are more sympathetic  but a little stupid at the same time; for one of the girls is too busy in acting like a boy and the other one cares more about her physical appearance than her education and finally ends up paying the price for it.

Anne Brontë’s writing style is very easy to read. It is honest and realistic. She does not rely on great metaphors except the ones from The Bible. The novel shows clearly her own experiences as a governess, depicting the upper-class snobbery and the way they treated their governesses, who were usually neglected and regarded as inferior beings. One possible flaw of the book is the rushed ending. It seems as if the author was too eager to finish her main character’s love story and could not wait for it.  Anyway, I enjoyed the book very much I would recommend it to everybody, although some might find it boring compared for example to Jane Eyre.